SSH is a remote login and remote login is a client-server program and protocol that provides an interactive command-line interface to a remote computer, using a protocol over the computer.

It allows a user to establish a secure channel over an insecure network in a client-server architecture, connecting an SSH client application with an SSH Server.

syntax of ssh command as follows:

syntax of remote login via ssh: from one linux server to another
There are two different approaches to remote login in Linux/Unix:

here, $ represents terminal, ssh utility must be installed in the client on server in order to use handshake and establishing of session and connection.

telnet or rlogin are the insecure protocol, no encryption and security involves during transmitting of data.

Any data that is being exchanged can be stolen from the communication path because in the telnet and rlogin no cryptographic procedures are applied.

SSH allows the run of the command insecure manner and cryptographic procedures are applied to transfer the data from client to server. 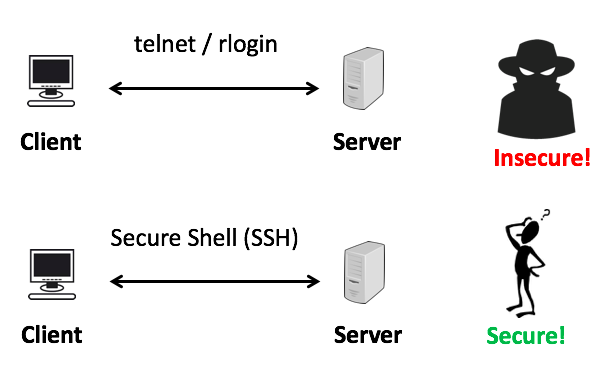 SSH is organised as three protocols:

These SSH sub-layers run on typically on top of TCP/IP. 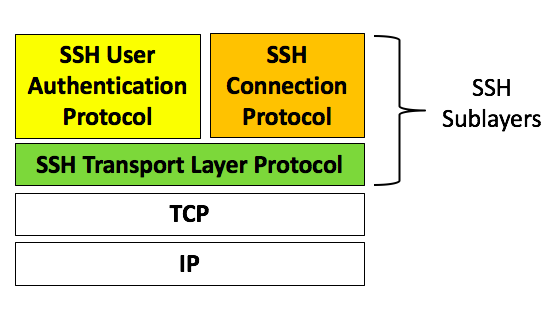 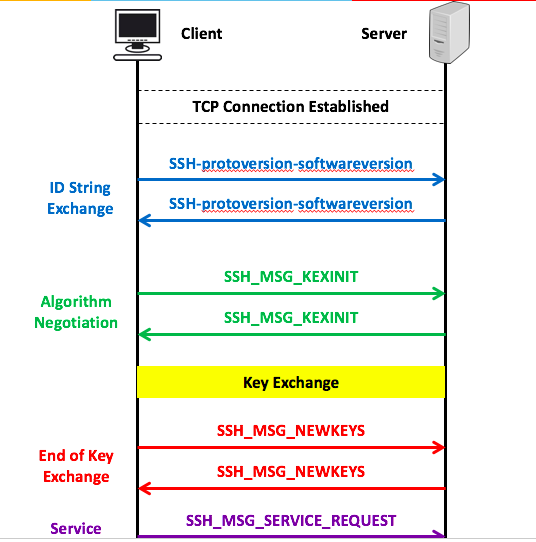 1. TCP connection: Once the TCP connection established the client and server exchange ID string.
2. Algorithm Negotiation: list of key messages exchange, with a list of the algorithm, key, and compression algorithm exchanges in this step.
3. key Exchange: in this step, the server is authenticated to the client, and server message authentication and the key will be generated.
4. End of key Exchange: It is an indication that each side can start sending messages by encryption and compression algorithm.

SSH User Authentication Protocol allows the server to authenticate the client on one or more levels depending on the need for security.

There are different types of authentication methods, which are as follows:

SSH Connection Protocol allows multiple channels to be opened up with the server through negotiation.

Your comments are welcome to improve this post. Happy learning 🙂