On High level there are three form of storage like follows. However , you can further classify further too.

DAS can provide end users with better performance than networked storage can, because the server does not have to traverse the network in order to read and write data.
And there is draw back as well, so it depends on your, what sort of problem set you have? and what sort of solution you are looking for? what you want, think before reaching on any conclusion, which one is better better for you. My believe is, today’s best practices can be the worst practices for the tomorrow. Why I said this just because of evolving of context as per time and business requirement.

1.2 Disadvantage of DAS:
DAS can not share resourse with another server so scalablility is lacking, you can say not scalable. 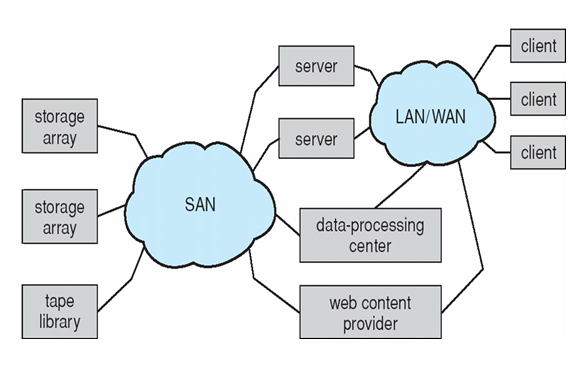 SAN is extention of DAS with more robust , shareable storage with highly scalable.

key point of SAN as follows: